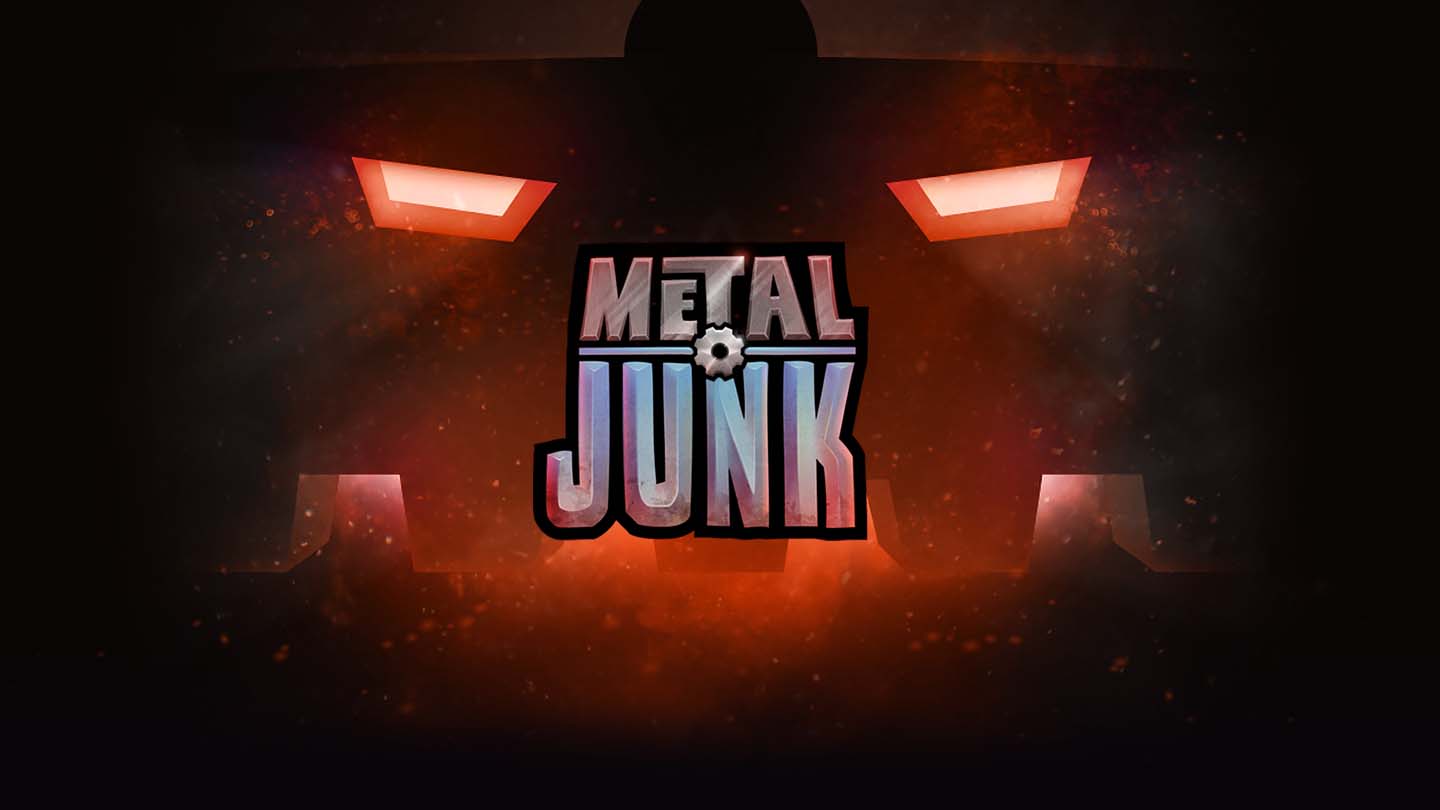 Metal Junk is an endless adventure game for iPad 2+  designed and developed by a small team in the mexican agency Grupo W, which I was part of.

It is an endless style game that makes use of the iPad's gyroscope and touch technology to play and interact with the game.

With a simple story, the Interface design references steam punk and uses glow elements to create a fitting overlay with the over all atmosphere of the game. The pause screen concept was also integrated into the world that the game presents.

My main role was to design the game's interface and general user experience, but we as a team brainstormed and created the gameplay and game design of the game. 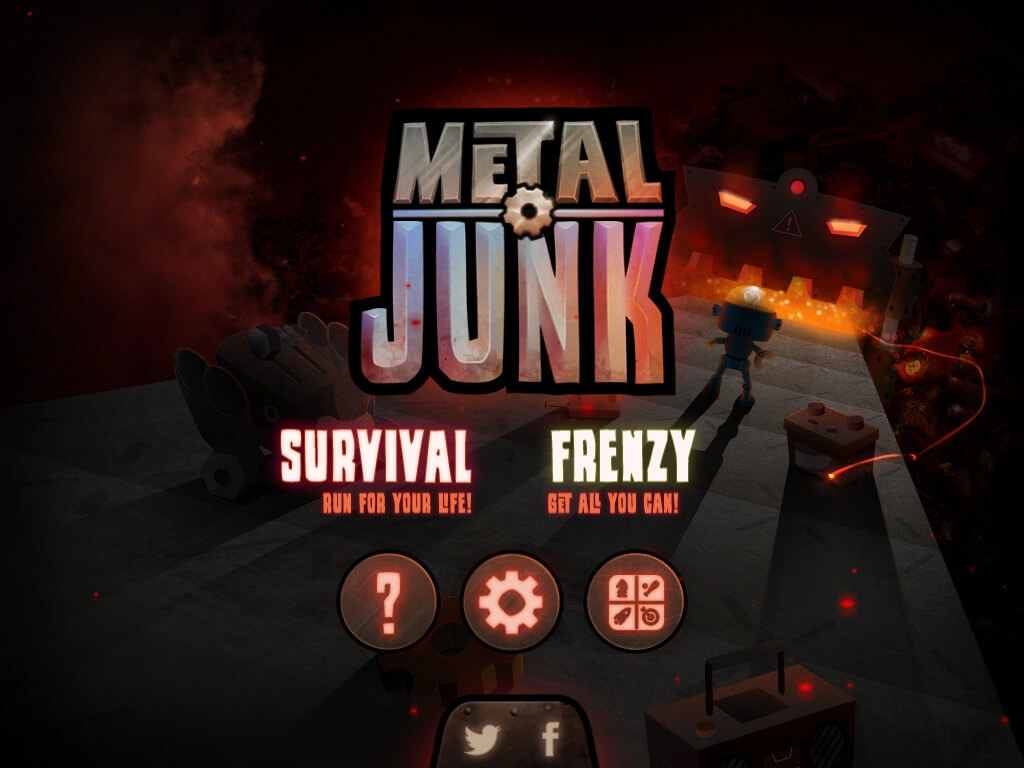 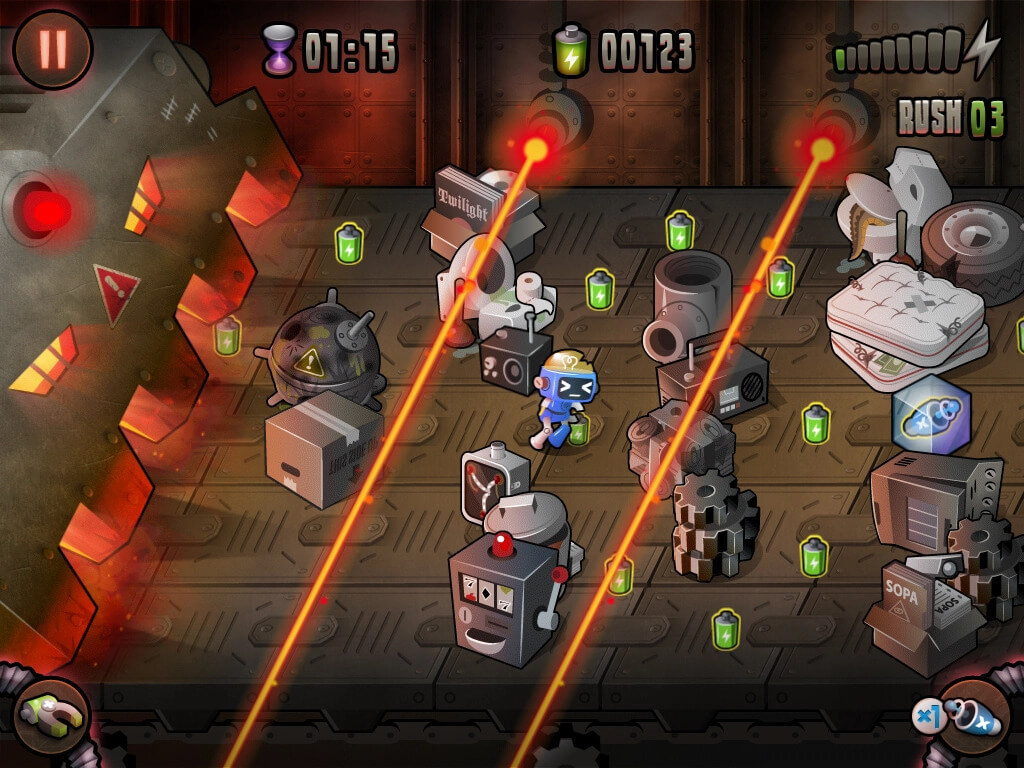 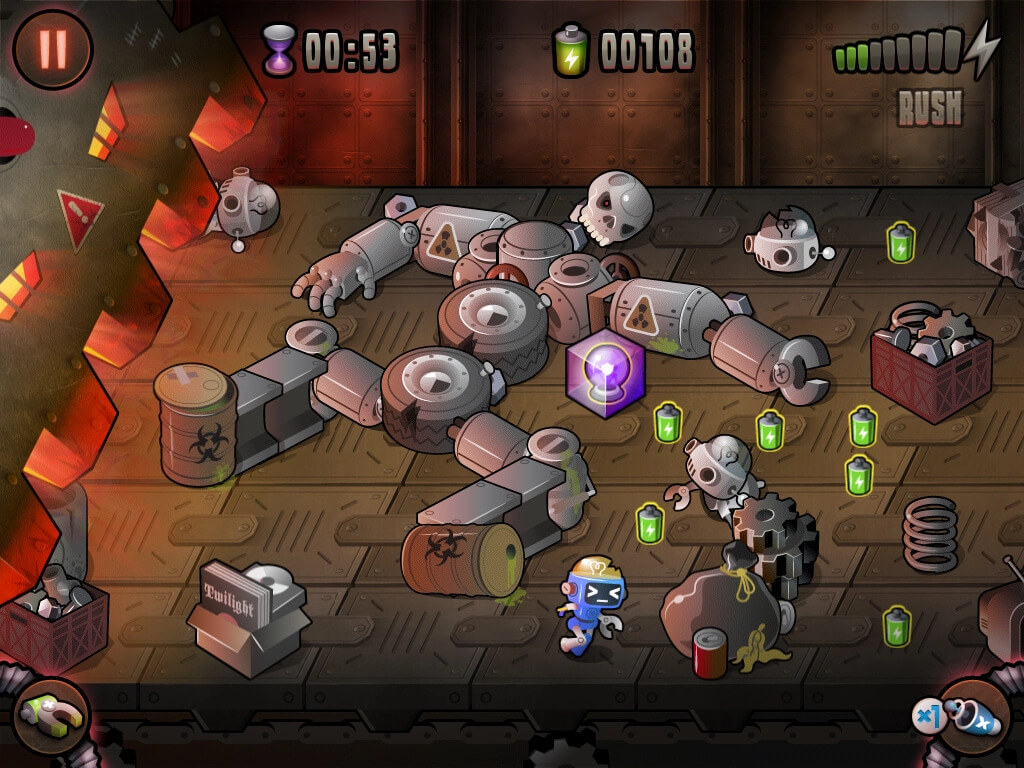 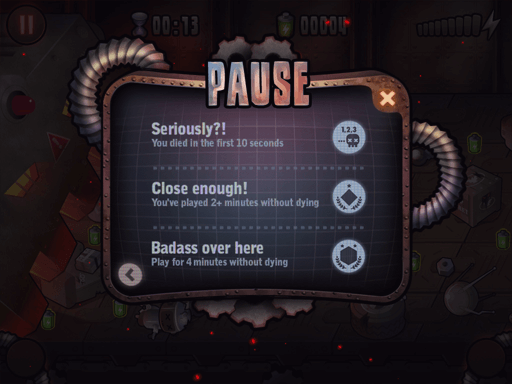 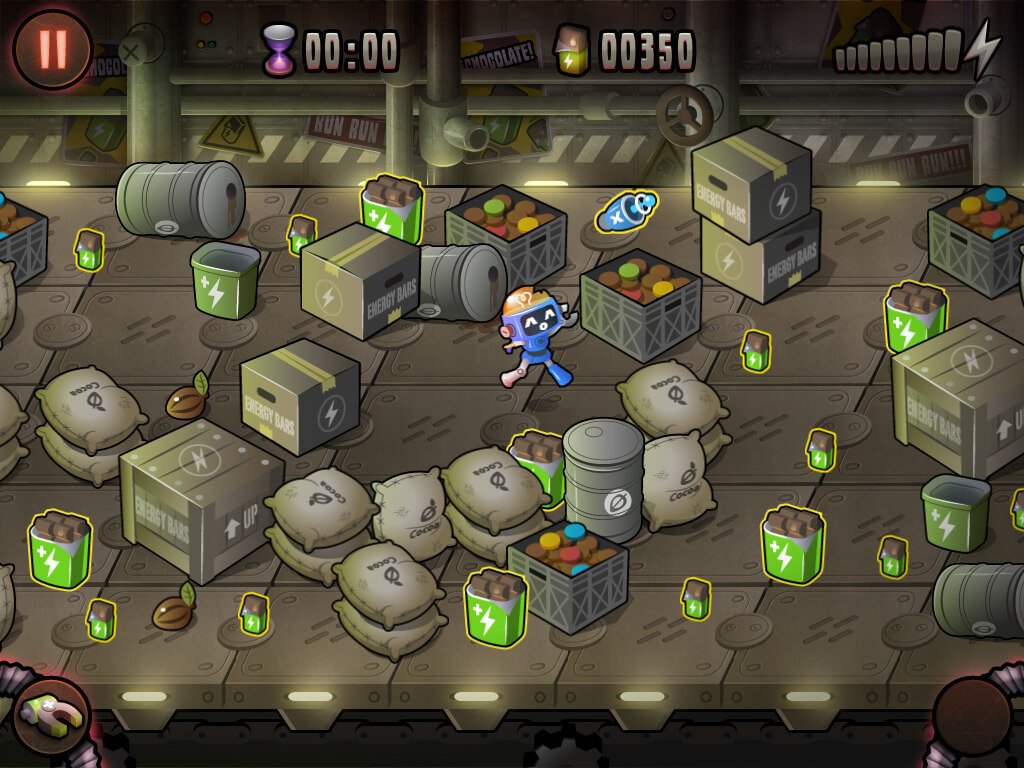 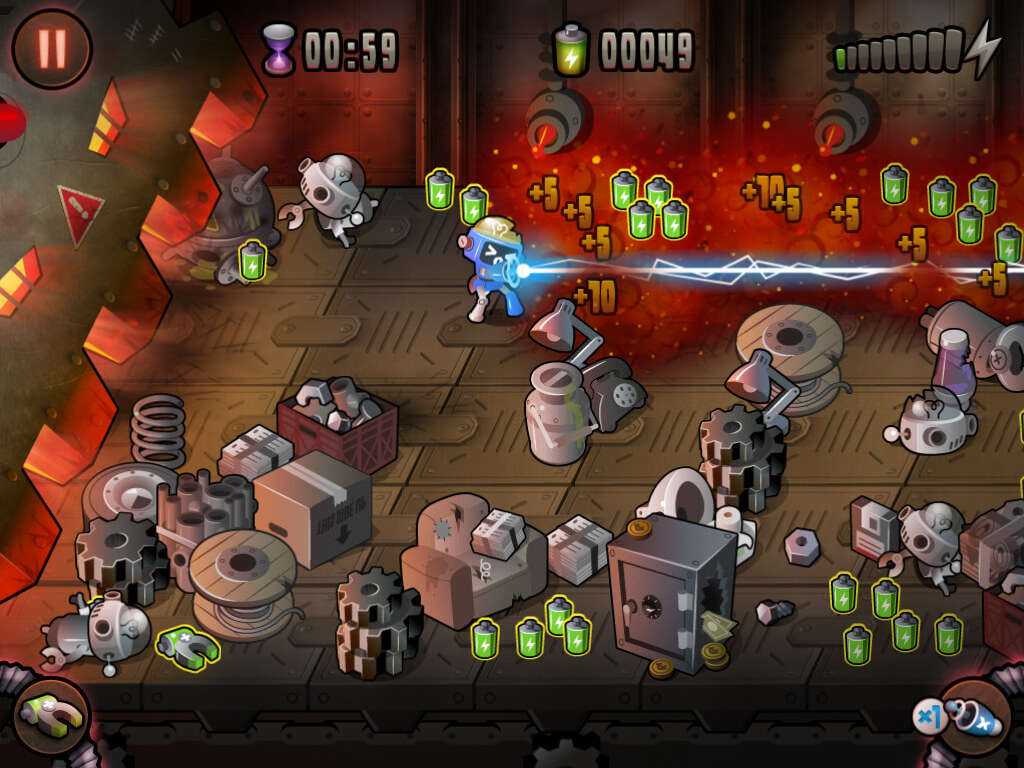 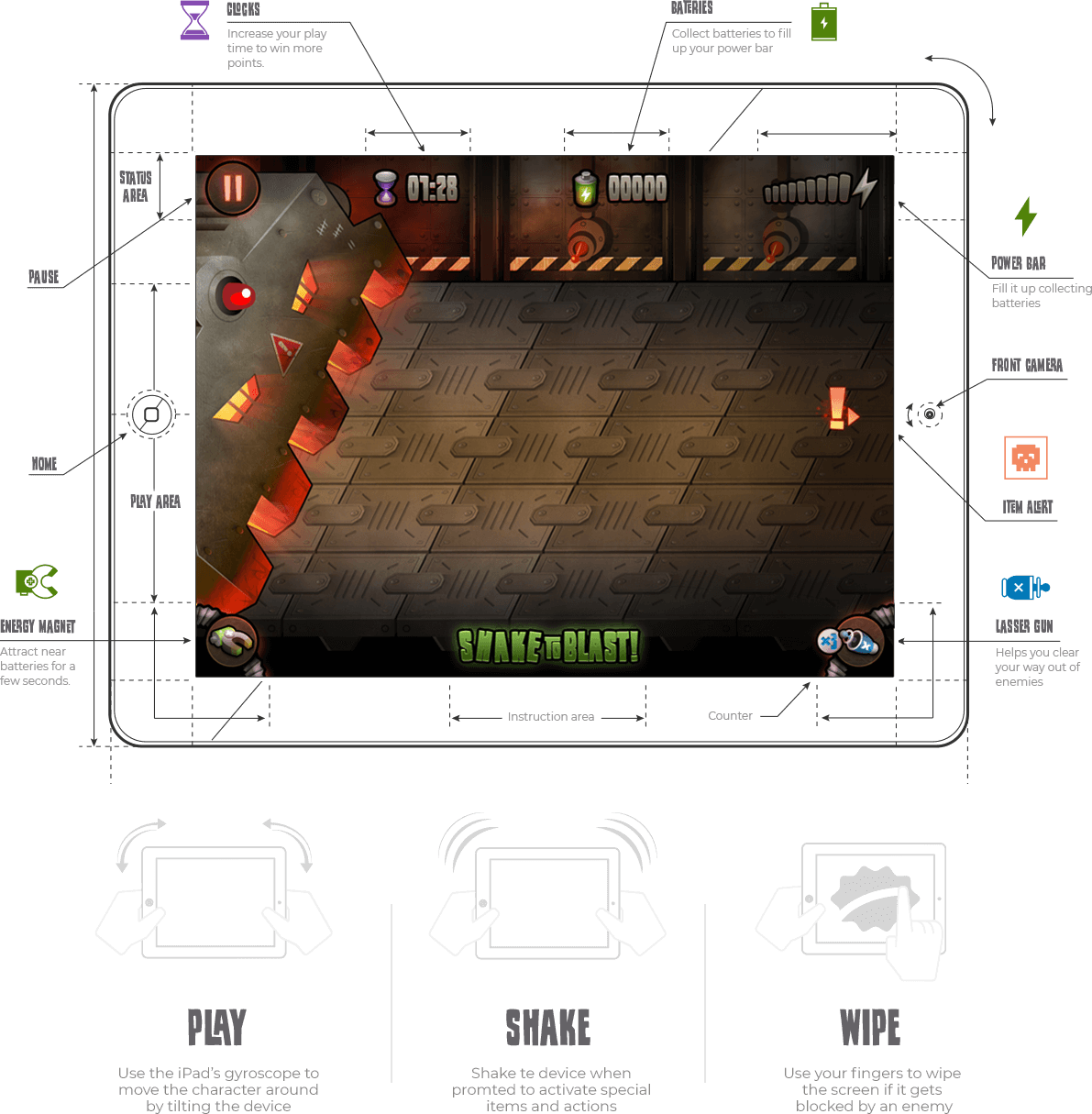 The pause menu takes over the gameplay as a steam punk style CRT screen. Every element that appears here was designed with a careful attention to detail to simulate the phosphor-coated screen pixels.

All buttons and UI elements make use of glow effects to match and complement the industrial environment the games takes place in. 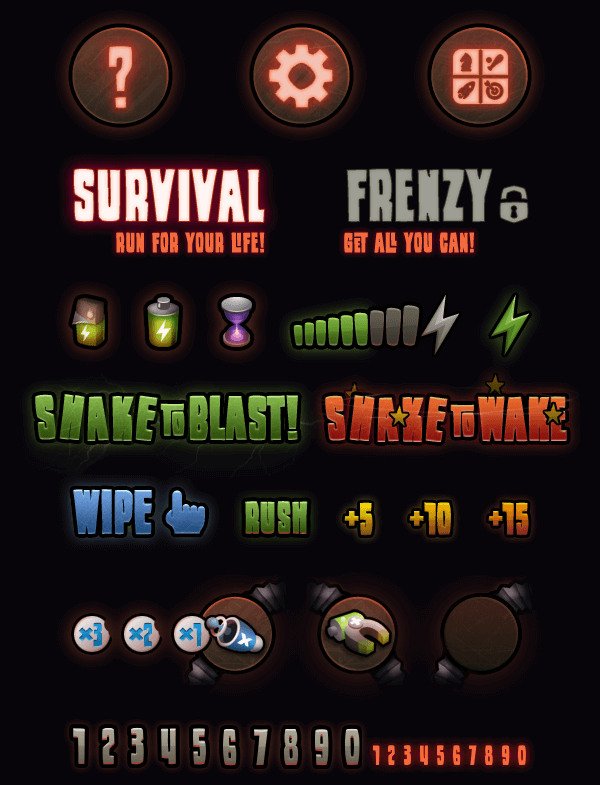